The Aston Martin Rapide AMR is a bold statement in luxury sports car which is set to make way for the next revolution of Aston Martins next era of cars.

Naijacarmarket.com brings you all the tweaks and specs to expect from the Aston Martin Rapide AMR, the redefined luxury sports car with an unleashed power never before experienced.

It is quite analogical to say that what the AMG is to the German Benz the AMR is to the British Aston Martin. This might not exactly be the case as the 4-door luxury sports car is in a class of its own. This, according to Aston manufacturers, is the last of the old school lines but not without an asserting statement.

The creative nature of Aston Martin has seen it produce some of the boldest auto manufacturing concepts starting with the VH platform on which other cars were produced, and made to carry same design features that amounted to one of the best times in the history of the brand.

It is on this same bold concept that the birth of the last in the revolution is witnessed, paving way for the new revolution that is to come for the Aston Martin.

Even though there are still dealerships where unregistered Aston Martin of the old era like the Vanquish S is available, there is no more of those in the production plant, and these are fast becoming the vintage of the VH line. 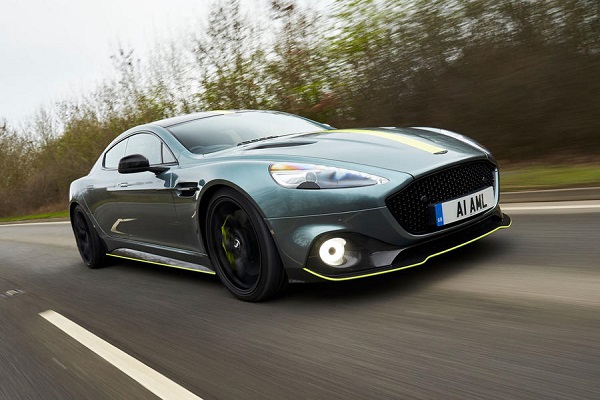 For the Rapide S, however, production is underway with deliveries already rolling out, but there is still the opportunity for a custom order to specify your specifications even though you might not be having it exactly as shown in the pictures here.

One of the things you'll get aside the elegant, sporty comfort is a carbon-ceramic brake that is typical of F1 sports cars. OEM manufacturers say of carbon-ceramic brakes that you never need to replace it for real world, non-race driving, as it's an advanced cutting-edge brake technology, specifically tuned for the Rapide AMR, with its 21inch wheels. 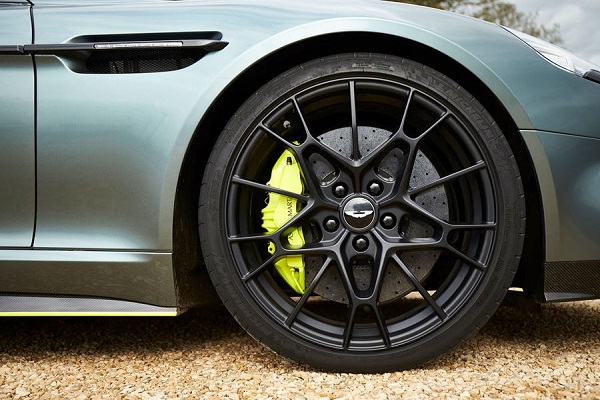 For the all the luxury and elegance that the AMR Rapide Aston Martin has to offer including V12 with a 6.0-liter petrol engine 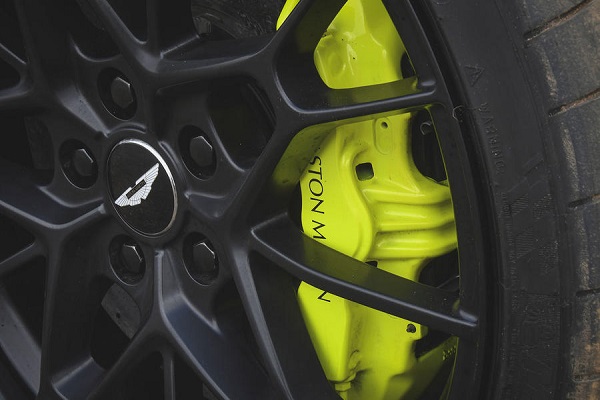 The Carbon-Ceramic brakes comes as a standard package with the AMR -high tech with reliability!

There is also the V12, 6.0-liter stalwart engine that has become a signature of the Aston Martin brand since the days of the DB7 Vantage of 1999, one really cannot bear to live with an Aston Martin without one.

2. How does it feel driving an Aston Martin Rapide?

The feel you get of the performance of this beauty is one of power that is backed with the Aston Martin unique performance tweaking to give you a sporty comfort while unleashing its powers.

With its rear wheel powered by the V12 engine and 8-speed automatic transmission with its gearbox situated at the rear coupled with its limited-slip differential.

It is unequivocally balanced and stable with its LWB (Long Wheel Base) which measures 2.989m. This affords the AMR Rapide's chassis one of the firmest and most agile stances among luxury sports cars.

It weighs 1995kg as Kerb weight which is pretty light for a 4-door supercar when compared with the likes of the Continental GT which weighs a 250kg more than the AMR Rapide even though it has two more doors than the Continental GT.

The Rapide for nine years have been able to overshadow its counterparts with its ability to engage, and even with its weight and size it is still more agile to drive than most cars in its segment

What Aston has done in terms of redesign to the chassis is pretty subtle, which overall adds more control to it as well as a bit more firmness. It is nonetheless a big sporty 4-door that has redefined luxury over what most manufacturers are willing to risk. Driving in a Rapide feels really good, and you won't be disappointed in any way.

Luxury comfort in style with signature details to the inch!

One other feature that adds to the balance that is so enviable in the AMR Rapide is the weight of the steering. This makes your turning a very smooth experience even through snake-like bends due to the re-fitting of sharper steering that adds to its agility.

The steering also contributes to the smooth gear shift, nothing to jerk you off your balance and comfort coupled with the high performance of the V12 engine.

There is no other car in this segment that can pass the Rapide over as its features are detailed to the inch. The interior is not left out in this, as it has more room than most, with signature comfy upholstery to match. The gadgets and user applications are top notches, with electronics systems very user-friendly. There are the navigation and entertainment system that has been brought over from the old Aston Martin's older brands, coupled with the analogue dials that makes for a speedy balance between the old and the new. A digital speedo and phone mirroring has also been included to further ease the user experience.

The AMR Rapide is a fire-breathing grand sporty model from the Aston Martin brand. The driving experience is one that is most engaging for a luxury sports car. So if your driving experience has been less than engaging and you crave for this in a car, then this is for you. 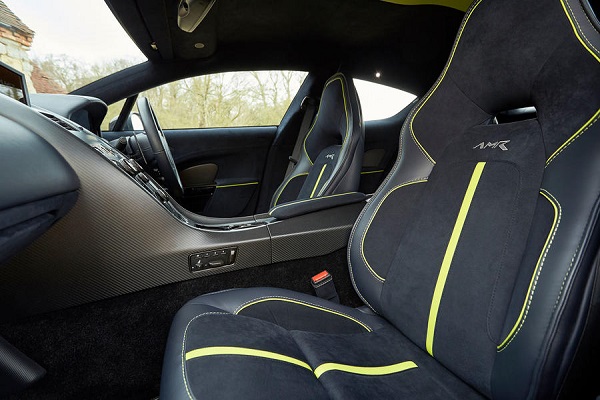 The beautifully crafted interior is even roomier!